As the womenswear FW2020 season draws to a close in our hometown, we take a look over the last month of fashion shows in the fashion capitals. The womenswear ready-to-wear shows are as renowned for material innovation as they are for trend, here are some of our favourites in all senses.

American Supply is pleased to present materials at Material District Rotterdam. The salon takes place from the 23rd to the 25th of June, and is one not to be missed for material enthusiasts!

This year’s edition will be the biggest yet, with a focus on sustainability in a curated selection of 400 materials from Material District’s extensive library for visitors to see, feel and experience first hand. All selected materials fall within one or more of their sustainable themes.

Material District Rotterdam will show our Flash-Luminium, which is composed of our Rainbow Flash retro-reflective nylon material fused on an aluminium support. Flash-Luminium is almost black when not activated by light, but once it is activated it becomes a prismatic gradient rainbow-colour. The retroreflection is achieved through light activating micro-glass beads on the nylon surface with a gradient refractive index. Even when not flashed, the dark surface has a subtle rainbow tint.

Its lightweight aluminium support is easily manipulated by hand and able to hold the form you give it with ease. Once this is combined with its retro-reflectivity, it becomes a material that needs to be seen to be believed! 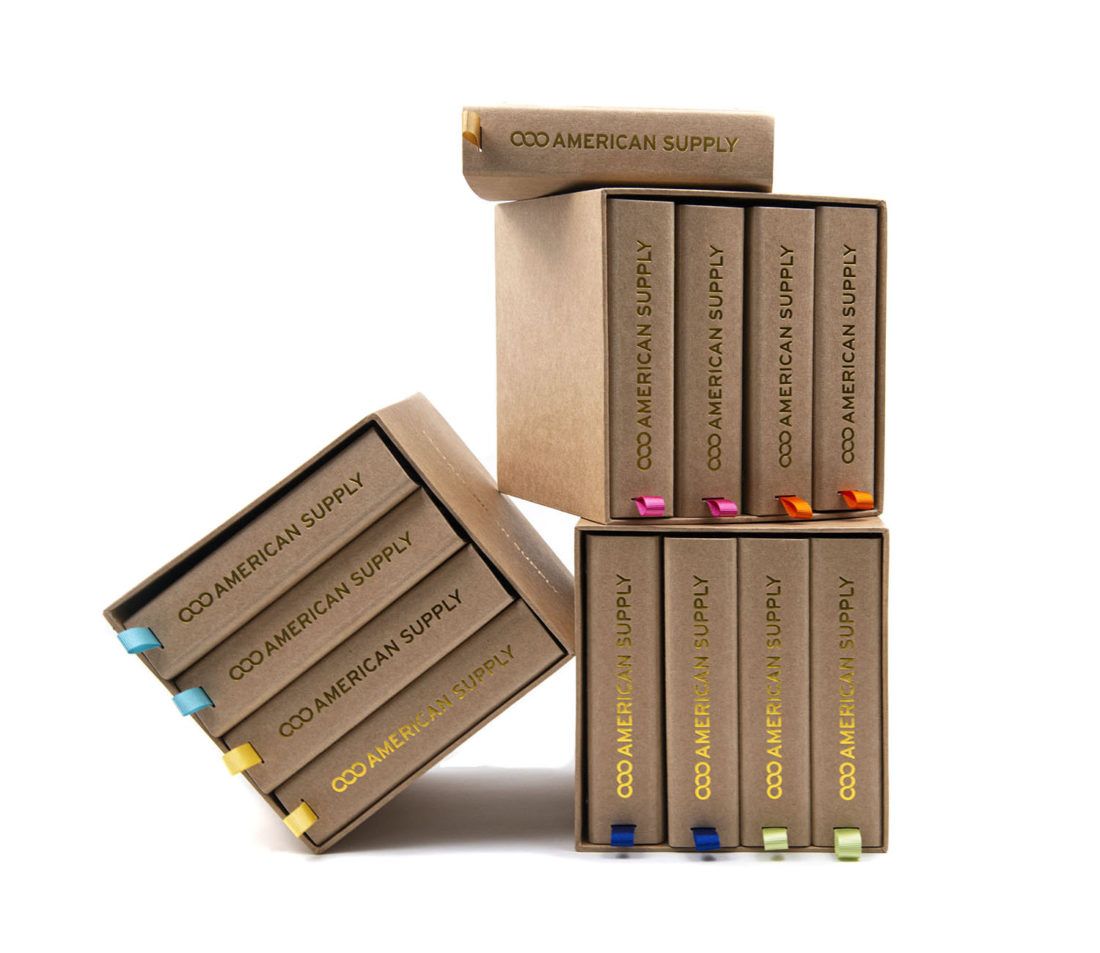 American Supply is expanding its collection offers to help you with your material research. Our collections are invaluable additions to any discerning Materiotheque and are available in three distinct formats. All the materials come in exclusive American Supply binders, housed in gold embossed American Supply Cubes to keep them in order. 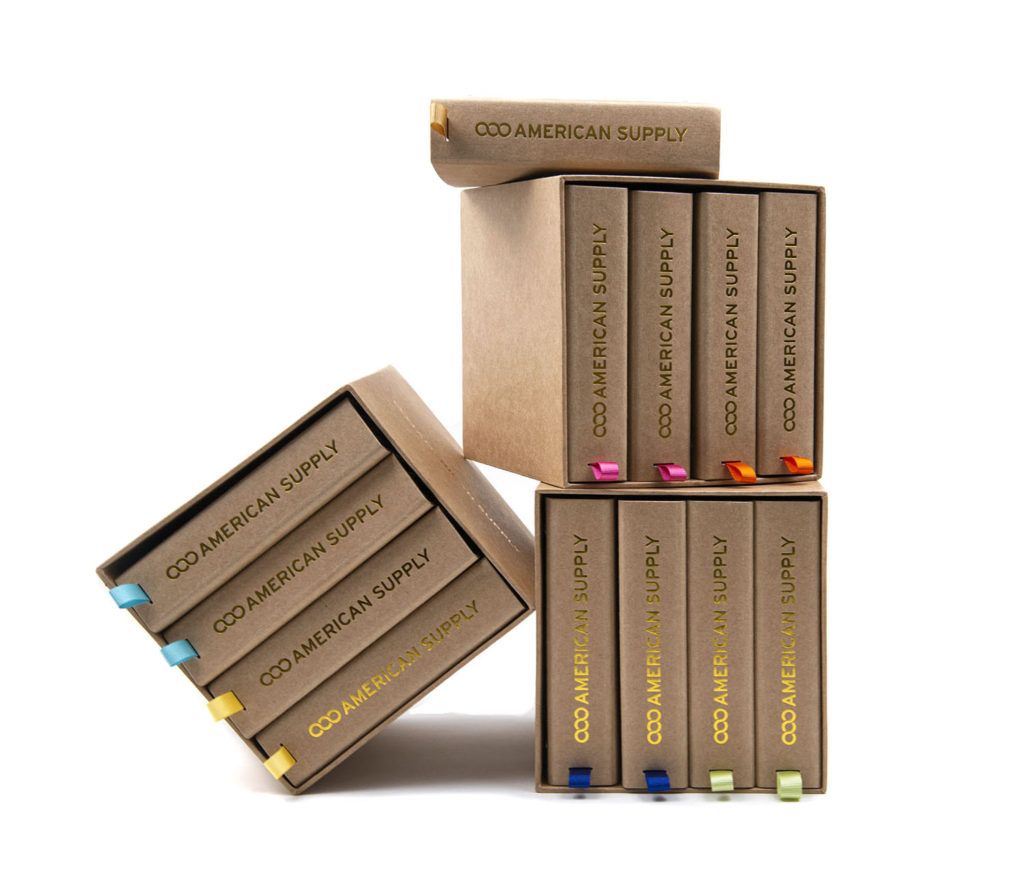 Our first offer is The Classic Collection, which segments our iconic materials into their process families – Applied / Laminated, Coated / Projected, Extruded / Calendered, Pressed / Cast, Relief / 3D Effect and Woven / Braided. This makes it easier to discern the varied manufacturing processes behind their creation and aids your imagination to understand the possibilities of combining and transforming them. 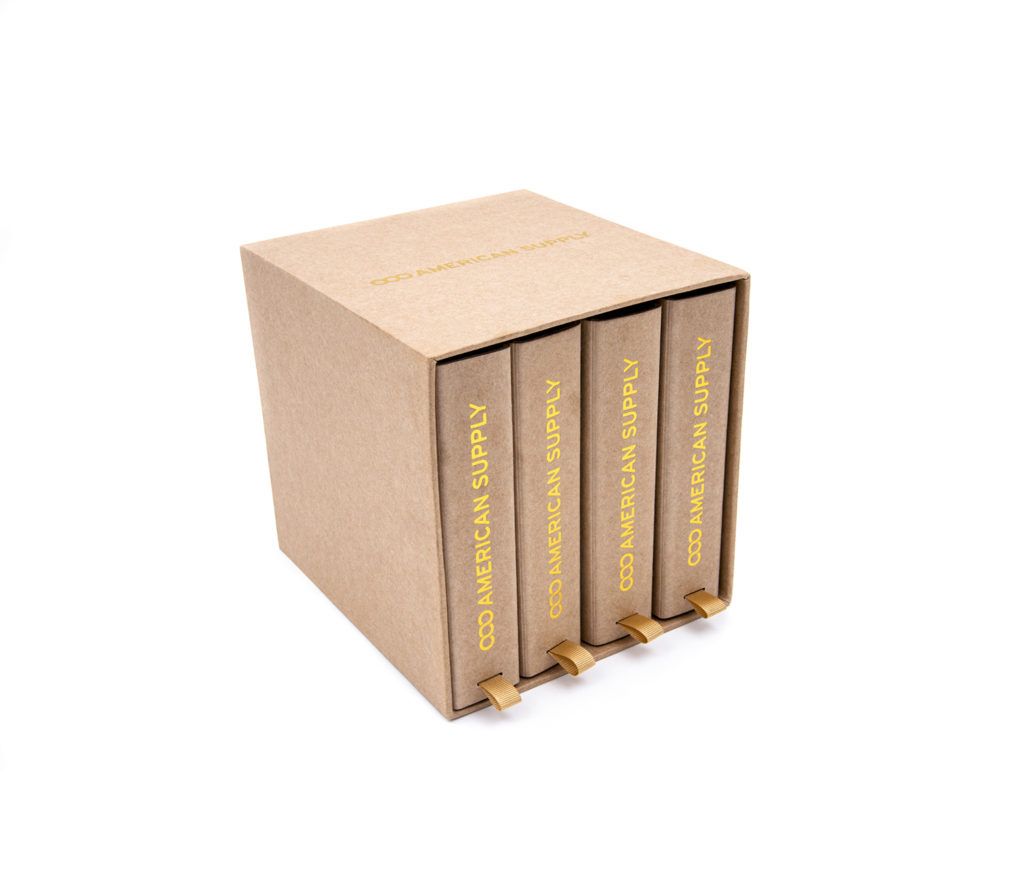 Our second offer is the new 2020 Annual Collection which is based around our Material of The Month initiative, with complementary materials alongside the creative team’s monthly choices. The 2020 Annual collection is released in quarterly instalments and with each instalment, you are invited to enjoy an exclusive breakfast in our studio here in Paris to learn first hand about the materials with our founder and our material experts.

The 2020 Annual Collection is composed of 4 binders in one American Supply Cube, using the Material of the Month as its base. You will receive 1 binder each quarter, the first quarter ends March 2020 and the final is in December 2020.

Each binder contains the past three months of Material of the Month and 8 – 10 complementary materials, and new developments, chosen by our creative team. The 2020 Annual Collection contains 50 materials in 4 binders housed in 1 American Supply cube. 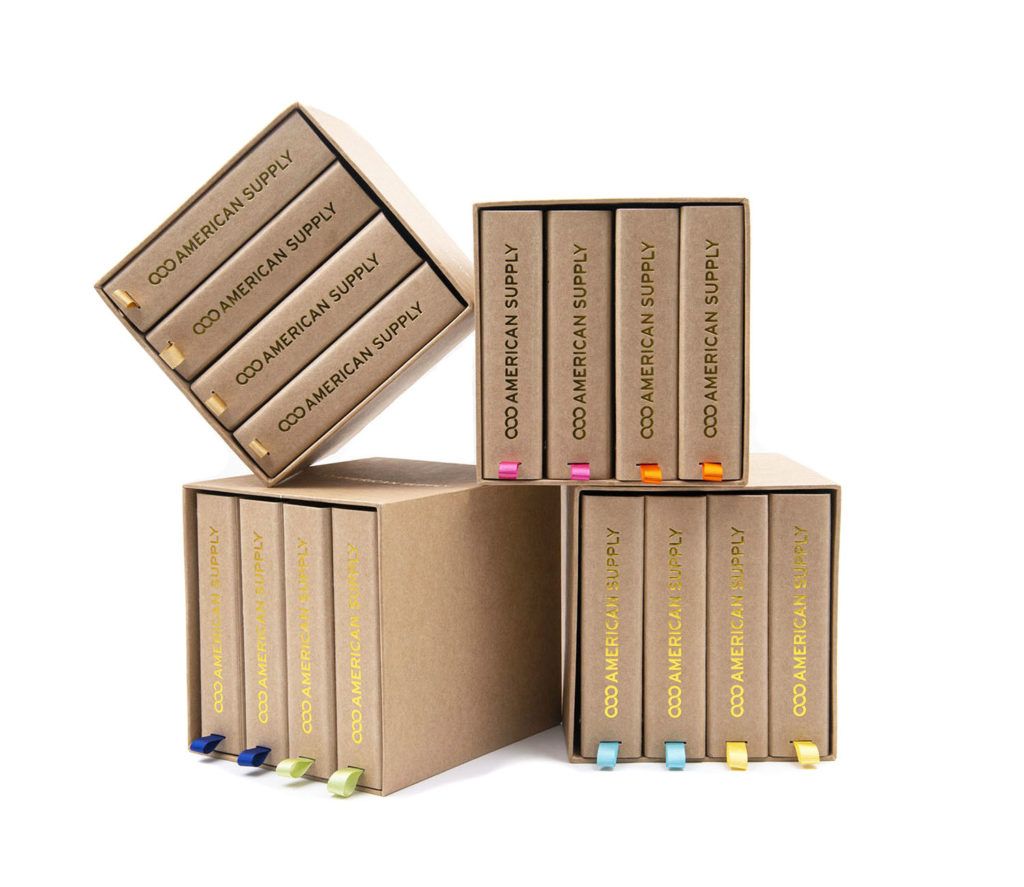 Our final offer is The American Supply Full Collection, combining The Classic Collection and The 2020 Annual Collection together in a complete package. This option gives you all the tools you need to understand the American Supply materials, and gives you first-hand access to our material research and exclusive breakfasts each quarter where our founder and our material experts will disclose our newest materials and reveal their potential and transformative possibilities. 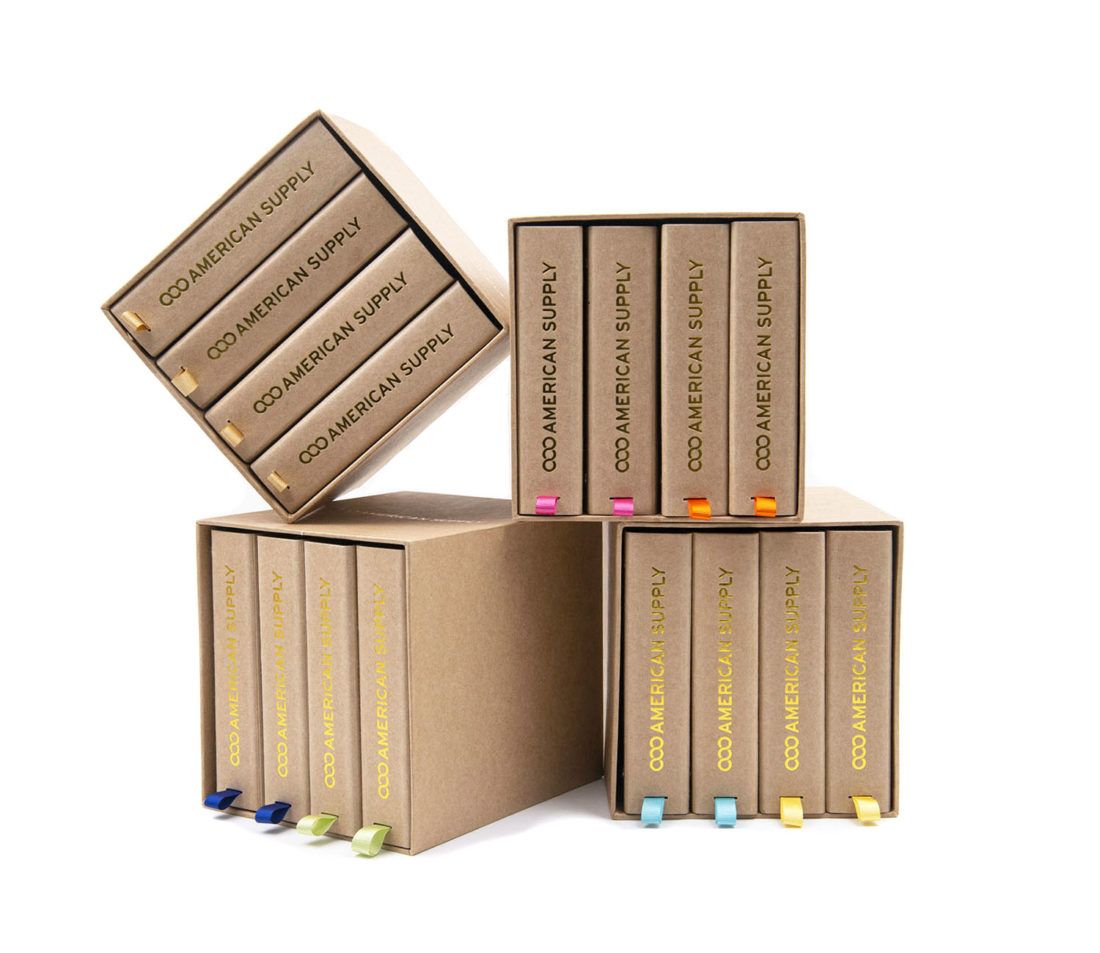 Hotel Molitor Paris has an enviable history, even when it was closed in 1989 it attracted the Parisian underground. Constructed in 1929 by Lucien Pollet, in an avant-garde Art Deco décor style, and immediately established itself as the go-to destination for Parisians to bathe, socialize and exercise. The hotel maintained its crown for 60 years before closing its doors to the public in 1989.

It was in this period from 1989 to 2014 that The Molitor became a social hub for the Parisian underground; artists, photographers and eventually the fashion world embraced this electric atmosphere and the forbidden became the norm. The Molitor’s subcultural position was cemented into the fabric of Paris itself.

Since re-opening in 2014 the latest incarnation of Hotel Molitor Paris continues to reflect on its artistic heritage by hosting an art installation in their outdoor swimming pool area each year. This year, the artist Amélie Lengrand has taken over, creating a giant spherical structure suspended above the water, taking inspiration from the reflections of the pool, and the architecture of the hotel itself.

She worked with our iconic Magic Mirror film and its unique dichroic refractive qualities to create her sculptural oeuvre. The film gives the work an unparalleled colourful reflection that mirrors the rich and colourful past of the hotel itself.

“Molitor, above and beyond its current incarnation, has been at various moments a place of celebration, meetings, and parties. For me, it reflects the idea of a village fete, a place of freedom that celebrates the joy of being together. The work is an interpretation of this, inspired by the Mirrorball in the club combined with Hotel Molitor’s architecture”
– Amélie Lengrand.

Lengrand’s installation is free to visit until 29 February 2020.

For more information on Magic Mirror film, contact us.